Filmmaker and mystic ecologist David Sereda discussed some of the amazing properties of water– it may actually have memory and consciousness, he said. Human beings are mostly made up of water (in fact molecularly our bodies are 99.9999% water and our brains are 85%) and he suggested that restructured water could have healing properties on their bodies.

Following up on the groundbreaking work of Masaru Emoto, Sereda exposed water to the sounds of the sun, and the water crystals changed to a beatific shape. A subject drank restructured water and their blood cells showed a healthy response, and prayer/intention directed at water can beneficially alter its structure, he detailed. Such water must be drank right away as the restructuring may be temporary, he added.

Could water itself be a kind of memory system, actually containing the Akashic Records?, Sereda pondered. He noted in addition to healing, structured water could potentially be useful in exploring nuclear fusion, reclaiming polluted areas, and developing “super sensors”– instantaneous signals that can be sent out into the galaxy.

To see what the structure of water is like after sun is played to, go here and to listen to a Coast to Coast interview click here 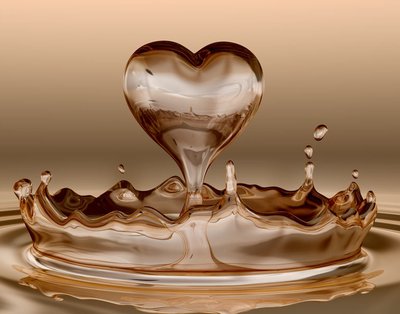