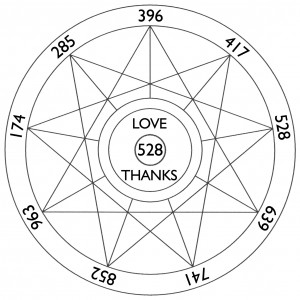 In July 2012 I taught at a conference in Michigan, USA and guided the group in a simple yet profound technique of tuning the voice to 528Hz and then directing it into their bodies to wherever they felt guided in that moment.  528Hz is known as the miracle frequency and on this day a miracle indeed occurred!

Below I copy the testimonial received by one of the people who was at that class.

What follows is what some people may say is impossible, whilst others may say it’s a miracle!  One thing’s for sure we are either victims of our circumstances or creators of our reality and it is only because of the focus and intention we choose at any given moment, that ultimately defines how our life path unfolds.  On this day, it was, as Al describes, one of those “life defining moments”.

Thanks Al so much for sharing your experience so that others may perhaps feel inspired to also empower themselves to heal beyond what we think is possible!

We can heal ourselves!

“At the 2012 Temple of Sakkara Conference in Allegan (Michigan USA), I had the joy of meeting you. I was interested in the work I had heard you were doing with healing using sound waves so I arranged to attend the lecture you presented on Sunday afternoon. In life, you never know when one of these meetings will have a positive impact on your life. To briefly describe, I have had some cuts on my fingers that resulted in losing the feeling in 3 of my fingers. It had caused me to stop work on my hobby building scale model railroad train cars since I couldn’t feel when I was holding something and was constantly dropping small parts which I found frustrating.

On the index finger of my left hand, I had a small operation to remove a Planters wart in 1967 where the doctors cut the nerve to that finger and so I lost my sense of touch in that finger. After about 15 years, the nerve damage knitted but it knitted backwards – if I touched the tip of the front of my finger, I felt it near the joint of my second knuckle and if I touched the middle of the front of my finger, I felt it at the tip. I got sort of used to it over the years, but about 5 years ago I had an accident using a utility knife where the blade came out and sliced right across the front of the finger by the first knuckle and it cut the nerve and as a result I totally lost the sense of touch on that finger. It grew quite discouraging to be constantly dropping things because I couldn’t feel when I was holding something, let alone try to place delicate parts in position. I also largely gave up playing my guitar because it was hard to know when I had my finger in the correct position on the correct guitar fret. It was one of those small accidents that had a big impact on the the way I lived my life.

While I was in the course with you, and you were walking around with the 528hz tubular bell and we hummed along with it, you said we should try to relax and move our body to a position where we felt it resonate. For me, I concentrated on my three fingers where I had lost feeling and raised my arms to shoulder height with bent elbows in front of me and slowly moved my wrists and rotated my hands till I felt my fingers tingle. My injured left index finger seemed to tingle the most so I concentrated on that.

In my mind I thought of how much I had loved playing my guitar and working on small things and I wished really hard that my index finger would get better. The next day was the longer course that ran longer through the day. As we did our humming and chanting, I concentrated on my left index finger and slowly adjusted its position till I felt tingling. As you remember, your course ran into Judy’s course and that ran late into the night, so while we were all tired it was hard to think about anything except how tired we were all feeling. A group of us ended up sleeping in Mary’s pyramid and I had vivid dreams, but little sleep. The next day I drove back to Canada and thought little of my finger I was trying to heal.

The next day I was faced with re-assembling a part of my laser cutting machine while repairing it and noticed that I had regained absolutely full feeling in that index finger. Suddenly, I was rejoicing over the healing that had occurred. I was truly amazed that the sense of touch had been totally restored – not with the backward healing that had occurred previously, but with the sense of touch restored that I used to have previous to the operation in 1967.  I went to the office in my laser shop, picked up my old guitar and although I was long out of practice, I was able to feel when my finger was in the correct position on a fret.

So please use me as a testimonial to the unexpected healing I experienced as a result of using your techniques. I never would have thought that this principle of molecular resonance could have such a powerful healing and restorative effect. I have given serious thought to all the factors that were necessary to have this healing occur. It takes desire to have a healing occur, belief in the system, focus on the part to be healed and finally forgiveness. When we carry around the memory of hurts or emotional trauma, we also block the pathways for the body’s natural healing techniques. It is important to forgive others who have hurt us, like the doctor who injured me during that operation in 1967. I came to realize that I was harbouring anger and resentment toward him for all those years. Actually Ashera (now known as Eeshira) I remember you mentioned in your course the importance of forgiveness and till that moment I never put the two concepts together – the generality of forgiveness but also the momentary enlightenment of the anger I had harboured for all those 45 years. As I let go of the anger, I made room for the healing to come into my life. I finally gave myself permission to heal myself.

Ashera (now known as Eeshira), meeting you was such an important event in my life. We often hear of the concepts of forgiveness but seldom take to heart the possibilities that are opened by truly adopting the concept. I finally learned the importance of forgiveness – not only forgiving others, but also forgiving ourselves. By forgiving others, we make available the energy it took to keep that hurt or anger bottled up. In forgiving ourselves, we give ourselves permission to accept healing and put ourselves back on our correct life path with all the faculties God gave us to perform the purpose we were assigned to fulfil.

Some of us have been given important work to do here on Earth. We encounter so many situations that we choose to accept either as obstacles or “Life Defining” moments. The bigger hurts we often carry with us and over time, we have little energy or space in our lives for the truly important or meaningful elements we wish we had. It’s a hard lesson to learn. But God also occasionally sends messengers into our lives to remind us of our purpose, our Divine Nature, our purpose for being here and the importance of letting go of things that are not spiritually, emotionally, physically or financially profitable to hold onto. Thank you for being one of those Messengers for me. I hope that at some point in the future, I can be one of those “Messengers” for you. Please feel free to share this report of my healing experience.” – Al R. (Canada)

In 2006, she had an accident with her left leg and fell on a stone floor & lost consciousness causing swelling & pain.  Her right leg was worse with a torn muscle & reduced movement.  She could not sit properly and could only walk a certain distance

We met synchronistically and I showed her how she could use her voice to heal her body tuning in with certain important sound healing frequencies that clear stuck energy, help us get more deeply in our body, bring fresh energy in and finally reset back to our original Divine design!  She did the Body Sonics protocol 3-5 times x day for 5-10 minutes each session for just 4 weeks and got great results!

She had this to say about her experience:

“I’m so happy now I can move more freely.  I can even run on the stair and do longer travel.  I’m going to continue working with this because I believe it worked a lot for me.  Surprisingly my left leg not hurt anymore, previously sooo painful.  Besides that I like the session because it brings me back into alignment.  It reminds me a lot about many things.  Before I can help people around me, I have to heal myself”.

You can watch video testimonials from many of Eeshira’s students/clients here.

Want to learn Body Sonics yourself?  If you’re suffering from limited mobility, stuck energy/poor energy flow, chronic pain, or you have an injury that hasn’t fully healed etc and are interested to learn new ways of healing yourself with Body Sonics, you can sign up here for a series of 3 sessions, or here for 6 sessions (if you feel you need a higher level of support), and arrange your first session time below.

Want to speak with Eeshira first?  Alternatively, if you’d like to chat with Eeshira personally first to see if Body Sonics is a fit for you, you can instead arrange a FREE 15 minute discovery call below.