Tune in with the 108 codes of the Fibonacci and sacred geometry and journey into a deeply relaxing gamma brainwave state with binaural beat (dichotic) universal sound technology.

Research has shown that a Gamma brainwave state (starting at approximately 27Hz upwards) can take you into a heightened state for enhanced formation of ideas, cognitive ability, freedom from distractability, high levels of info-processing, focus, language & memory processing and learning. It may also increase feelings of compassion, perception, consciousness, happiness and be helpful for migraine prevention.  One study showed that gamma brainwave activity reinforces cognitive control of emotions which can help us to maintain emotional stability in our daily life.  They’ve also shown to be helpful with depression and can certainly be very energising as well.

Experiments with Tibetan Buddhist monks have shown a link between a transcendental state of meditation and gamma waves.   When monks were told to generate an objective feeling of compassion during meditation, their brain activity began to fire in a rhythmic, coherent manner, suggesting brain neurons were firing in harmony.  This was observed at a frequency of 25-40Hz, the typical rhythm of gamma waves.

This audio features pairs of Zobet tuning forks (where the solfeggio sound healing frequencies are sourced from) giving a binaural beat of either 27Hz or 54Hz.

These sonic codes tune us into the sacred language of 108 found present in most cultures globally.

I would also like to express my sincere gratitude to master of sacred geometry and Phi ratio/galactic maths expert Jain for inspiring me to create this sound healing audio using one of his favourite numbers, hence his name Jain108!  Thank you Jain. 🙂 The 108 Gamma Codes audio got tested out by my good friend Jain when I visited him in Australia back in June 2018.  We’ve been sharing our work with each other for many years now, because both our fields are so inextricably linked.  Jain is passionate about the maths of nature and 108 and how its harmony can help us ‘return to the garden’ and a more balanced and peaceful way of being.  Could it be that by converting these codes of nature and giving them back to the body in sound, they can be an amazing sonic harmoniser for us?

Jain got excited to hear that two of the other binaural beats produced by the pairs of Zobet tuning forks is either 27Hz or 54Hz because he’s published so many eBooks about the sacred number 108 found in so many cultures globally.  For years he had been encouraging me to create one with these binaural beats so now I have!  After he listened to the audio, he kindly sent me this testimonial sharing his experience. 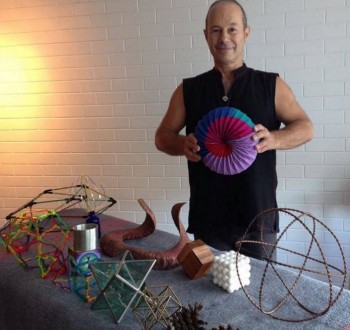 “I had a 108 Gamma Codes sonic session for about 20 minutes, created and facilitated by Eeshi-Ra in the evening, undisturbed.  The next morning when I woke up, I looked at the time and realised I had overslept by 3 hours!  There was a definite change in my sleep pattern, and a remembering of more dreams.  I sensed that the binaural beats with intelligent gaps of 27Hz had helped entrain my brain to attune to the relaxing gamma brainwave wavelengths”  – Jain108.  More on Jain’s sacred maths work here – Jain108.com

AVAILABLE BELOW:  27 or 54 minutes (Please scroll down)

N.B. This sound healing audio is not recommended for those with high levels of anxiety or if you’re taking medication for mental health issues. It is recommended that if you feel drawn to work with this sound healing audio that you do at least 30 days of listening to The Unity Codes first. Click here or on The Unity Codes artwork on the right to purchase.

To listen please click one of the links below either with or with no 111Hz.  With no 111Hz, this reduces the potential intensity of the sound healing audio if you’re quite sensitive.

Get a good set of headphones, close your eyes, relax back, breathe deeply, relax your outbreath, sit in an upright relaxed position or lie down, breathe through your mouth for deeper release and drink one glass of water before and after listening.