Eeshi-Ra (formerly Ashera) has had a passion for singing most of her life, from singing in the choir at school, to training in opera, then jazz and singing in the jazz clubs in London, then moving into pop, world music, folk, acoustic, hip-hop, rock, trance, & ambient chillout music to finally singing with a more spiritual focus.  As a singer she really appreciates how music can be such a healing gift for us.  It brings people together, uplifts them, inspires them to dance and sing and can often leave them feeling lighter than before, especially if they’ve had a busy, stressful day.

In the mid 1980’s, after a year of self-discovery abroad, Eeshi-Ra returned to London to embark on her own personal healing journey and in the early 1990’s following guidance, she moved to Glastonbury, and became deeply inspired to find tools for healing humanity and then went on to train in the healing power of sound and healing with the voice with some of the world’s top experts such as Jonathan Goldman, Chloe Goodchild, Chris James, Karina Schelde, John Beaulieu, etc.

In 2000, she asked a question to the Universe to discover if there was a sound or series of sounds that can be given to the human body to help us re-balance, get more in tune, heal at a cellular level and ultimately awaken to the Love and Divinity that we are, so we can finally unite as one global family.  As International Co-ordinator for the Global Peace event Earthdance (and the original voice of the Prayer for Peace), her path took her to the USA,  Whilst recording her debut sound healing CD (“In our Mother’s Tongue“) in 2001, she received a dream that was the answer to her call.  It revealed the importance of Ra maths (the codes of nature and the human body) combined with the power of the heart and shortly after that, synchronicity magically guided her to meet Randy Masters in San Francisco, who is a musician, speaker, sound healing practitioner, sacred maths and geometry expert.   Randy introduced her to the sound healing frequencies of the Zobet (where the solfeggio are sourced from) that interestingly embody Ra maths (Pi and Phi) and are very valuable tools to help our bodies get more in tune that continue to provide remarkable, some might say “miraculous” results for her clients.  From that destined moment, Randy has been her mentor and a guiding light in her world ever since!  More on that sound healing CD here.

Regarded by one marketing guru as being in the top 6% of sound healing experts in the world, Eeshi-Ra has over 33 years’ experience in the music world as a singer, and over 18 years in the sound healing world, having trained in Tuning Fork Therapy with Kinesiology at the Institute of Cyberkinetics, Croydon, UK and Psycho-Acoustics at the Globe Sound & Consciousness Institute), San Francisco, USA (Psycho-Acoustics – the scientific aspect of sound healing).  Eeshi-Ra is also qualified in various types of bodywork (Holistic, Sports, Aromatherapy, Reflexology, Injury Prevention Massage and Indian Head Massage) and more recently trauma release modalities including Biodynamic Trauma Release Breathwork and Hyperton-X Trauma Release bodywork.  For further info on Sound Healing click here, for Massage click here, for Breathwork click here & for Health Coaching click here.

In 2009, Eeshi-Ra founded UniPhi with Sound which is now Sonic Life Solutions, and this is dedicated to both scientific and spiritual research and teaching regarding the divine mathematics and sound healing frequencies of the Zobet (solfeggio), Earthing frequencies (e.g. Schumann (Yang) and Geomagnetic (Yin) of the Earth), the many benefits of an organic plant-based and non-chemical lifestyle and other related subjects as powerful catalysts for transformation and healing particularly at this time.  The role of the Zobet frequencies is to help awaken humanity at a time of intense planetary crisis and assist us in feeling more in tune with ourselves and our planet and aligning more deeply so we make choices that are more harmonious and for the highest good of all life!

Eeshi-Ra has been one of the teachers of the Globe Sound & Consciousness Institute in San Francisco (USA) teaching students online.   She has been an international speaker for over 11 years, presenting at different expos, conferences, alternative healing & evolutionary events, community gatherings and festivals.  In 2014, she presented “Explode the Myths of the Solfeggio to find the Magic” at the Globe Sound Healing conference in California which is now available via video download.  In November 2015, she also presented “Why 111Hz and why now?” at the Archaeo-Acoustics II conference to a group of archaeologists, and PhD. academics at the Istanbul Technical University in Turkey, subsequently presented this at SOAS University in London in 2017, then again in 2019 when she headed up the International Sound Healing Summit online and again in 2020 when she was a speaker for the World Parliament Summit.

Eeshi-Ra offers sound healing mentoring for both individuals and sound healing practitioners/workshop facilitators who have an interest in healing the body using the voice (Body Sonics) and frequencies that can easily facilitate that.  For more info, please go here.  She also offers a Zobet Tuning Fork Practitioner Online Training, for more click here and in 2017, her Earthing Tuning Forks online course was launched here.  More recently Eeshi-Ra has launched two online introductory courses for an online teaching platform (Intro to Sound Healing and Intro to Tuning Forks), Cellular Sonics which is an online training for osteopaths, physiotherapists and other bodyworkers co-creating with osteopath, cranial sacral therapist and anatomy teacher Rachel Ellery of the Anatomy School, Sonic Smile – an online course for dentists to treat dental patient anxiety and relieve stress for all dental professionals, an online 10 part Women’s Well-being Series with Russian doctor, acupuncturist and nutritionist Dr Liana Nenecheva, and an online Sex Sonics Women’s Sexual De-Armouring course with de-armouring expert soon to be announced. She also offers a wide variety of sessions, some available via Zoom.  More here.

Eeshi-Ra’s sound healing work seeks to move beyond old paradigms and harness the profound potency of the frequencies of the Zobet  that can help us tune you in on every level because they are based on the Blueprint of the Universe.  Her discovery is revealed in Jason O’Hara’s book “The Blueprint of Creation”.   Drawing on her experience as a singer, empath, rebirthing/trauma release breath facilitator, ceremonial dancer and trauma release bodyworker, she emphasises the power of sound with intention, breath & movement to free our mind, body and spirit!

“We live in a very dissonant world which has become very disconnected with Nature. It’s all very simple really, and we’ve made life far too complicated.  We’ve been in our heads instead of in our bodies and our hearts. We need to heal this separation and feel our connection again with the Earth, ourselves and each other in order to ensure our survival and harmonising your body with sound is a beautiful way to feel it”.

In 2014, Eeshi-Ra and Eve Glimma (Australia) co-founded a new sexual healing modality called Sex Sonics that opens up the energy channels of the body through tuning forks,  sounding and crystal wands for internal de-armouring.  It particularly relates to opening up the throat and the central channel that connects the throat to the genitals.  In a Sex Sonics bodywork session, we use tuning forks on specific meridian points for different sexual issues. 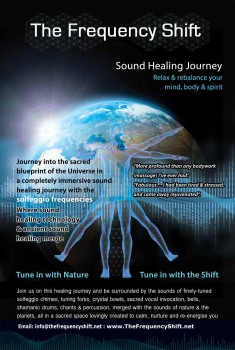 Eeshi-Ra has collaborated with Andrea Tteja of Nature’s Rhythms Yoga (UK) to create Harmonic Heart Yoga which is a wonderful way of combining the use of the sacred sounds of the Zobet (solfeggio) and the power of your voice to deepen your yoga practice.  For more info, click here. 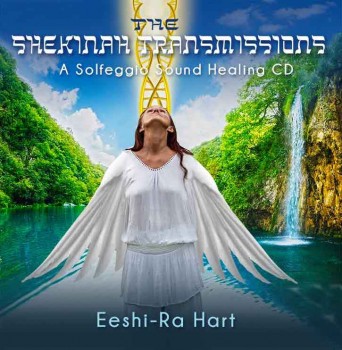 Eeshi-Ra has also collaborated with Wild Medicine to produce a range of sonic essences combining the sacred waters of the Chalice Well and White Spring from Glastonbury (UK) and the frequencies of the Zobet made at sacred sites such as Glastonbury Abbey and Stonehenge.  More info here.

In the early 1990’s, shortly before moving to Glastonbury, Eeshi-Ra spontaneously started to channel the Divine Feminine (the Shekinah) and shares her channeling or ‘soul messaging‘ gifts in her debut album, “In our Mother’s Tongue“, which harnesses the 20 years of sound-healing research by Fabien Maman which seeks to harmonise you, the listener, with the five elements of the body and to reconnect you to the Earth. It also has the Pi harmonic ratio added by a new invention called the Pyramid or Ra Processor.  Click here for more info on that sound healing CD and the Ra Processor.  In early 2017, she also released her new soul messaging sound healing CD, “The Shekinah Transmissions“.  More here. 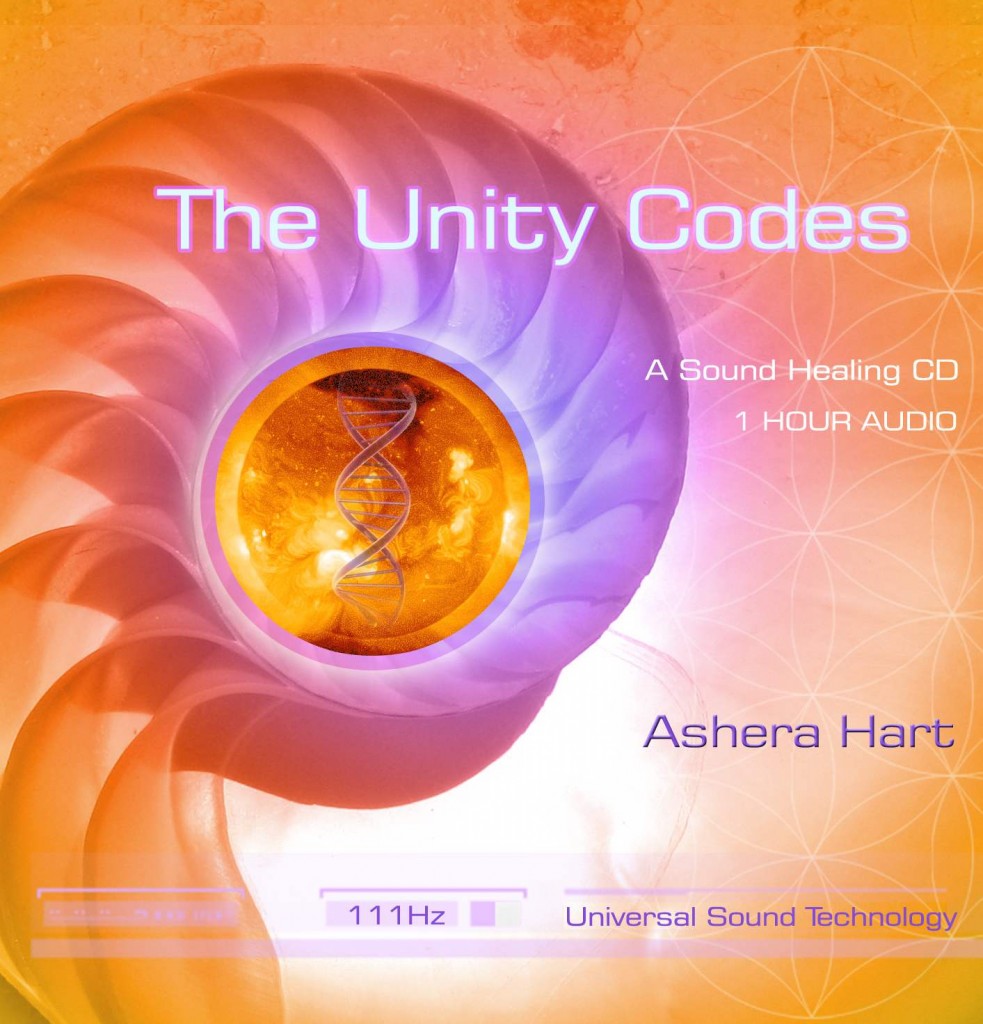 In 2009, Eeshi-Ra created a second sound healing audio “The Unity Codes” featuring the deeply rebalancing frequencies of Zobet/solfeggio tuning forks, together with the wonderfully-calming sounds of nature (gentle ocean waves).  Her intention was to create a tuning fork audio that as closely as possible resembles what a solfeggio tuning fork session is like to receive. Eeshi-Ra has also collaborated with many other personal development and alternative healing experts to create a series of sound healing audio downloads featuring these Zobet frequencies combined with a guided practice with different focuses.   Titles include:-
– Breathing
– Stress Relief
– Energetic Massage (massaging your body with the power of your mind)
– Fertility (4 audio series)
– Pregnancy (5 audio series) and
– Self Pleasuring.  For more info on all these sound healing audios, click on the individual title names above, or for the full range, click here. 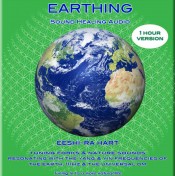 More recently, in 2017, after a powerful 8 minute experience on a Swiss Bionic Omnium1 PEMF Earthing mat, and her substantial research on Earthing, Eeshi-Ra pioneered a new tuning fork modality and launched her Earthing Tuning Fork Practitioner course.  She has also now released a new Earthing sound healing audio featuring these earthing tuning forks, and also created the sequel sound healing audio to The Unity Codes, The 108 Gamma Codes which uses the other main difference tone frequency of 27Hz and 54Hz found in the pair combinations of the Zobet/solfeggio frequencies.  More on PEMF here, the Earthing Tuning Forks course here, the Earthing audio here and The 108 Gamma Codes here.

– Recording artist/vocalist for “The Space Between” and “Earthsong” by Nicholas Payne (Australia).  Listen to “Earthsong” below.

Earthdance International – International Event Coordinator (1997-2001) for this global peace event and voice of the original “Prayer for Peace” which is the globally-synchronised meditation track that is played by every DJ in every location across the planet at the same time.  United as One we Dance!

Hiroshima Peace Dome – Founder of the Good Vibrations collective that then became the Hiroshima Peace Dome which offers a sacred meditation space hosting the flame that was lit from the fires after the atom bomb landed on Hiroshima  (6 August 1945) and has been burning as a symbol of hope and peace ever since.  The Peace Dome has featured at many festivals, including Glastonbury, the Big Green Gathering, Sunrise, and many more!  Find them on Facebook here.

And if you’d like to get in touch, please email Eeshi-Ra by clicking here.