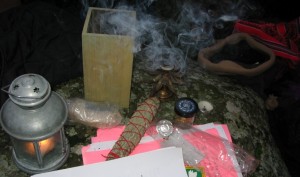 Throughout the years I have been involved in doing various ceremonies which you could basically translate as group meditations focusing on healing for humanity and nature, so that we can awaken to our full divine potential, and therefore come into a place of living harmoniously with the Earth and each other, and so secure a future for our species.

Over the years it has been increasingly obvious that our species has had and continues to have a damaging effect on nature and all other species, including of course damaging each other as well through murder, torture, rape etc.  So many of us are asleep to our actions and the knock-on effects, so they don’t see the bigger picture of what is really happening.  This whole problem stems from the fact that many humans don’t seem to realise the interconnectedness between all things, not seeing that we are, in truth, one global family, regardless of religion, colour, beliefs, class or money, and that if we damage nature, that will of course come back around to damage us in return.  An example of this would be by cutting down so many trees, we reduce the ability of those ‘lungs of the planet’ to produce oxygen that we need to simply live.

To give an example, our bodies are used to breathing in about 38% oxygen and yet in our cities now the levels of pollution have reduced that to about 18% just under half of what our bodies are used to.  The effect of that is that dis-eases like cancer can easily grow in a less oxygenated body and so we are now seeing cancer is now 1 in 2 in many places on the planet, where it used to be 1 in 2,000 just 60 years ago!

Through doing group meditations/ceremony, our collective prayers and consciousness can send a very powerful message to all those who don’t yet see the connectedness between all life and more than 50 demonstration projects and 23 published scientific studies have shown one clear result:

Whenever attendance at a peace-creating assembly has increased, violent crime, warfare and terrorism have all decreased. (Source: http://permanent peace.org) and for more information on proof regarding that you can see the results of the global meditations done by a project like Earthdance (300 + locations in 60 countries +) which was recorded by the Global Consciousness Project (www.earthdance.org and click on the Prayer for Peace and then click on “See the results” towards the bottom of the page).

There is an old Cree Indian prophecy that says:

This same great Indian nation also has another saying:

“There will come a time when the Earth grows sick
and when it does a tribe will gather
from all the cultures of the World
who believe in deed and not words.
They will work to heal it..
and they will be known as the “Warriors of the Rainbow.” 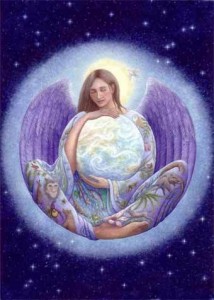 An attitude of gratitude!

“We must be the change we wish to see”

so it is up to EACH ONE of us to BE that change!

We are at a CRITICAL point on the planet where birds and swarms of bees ARE literally dropping out of the skies dead, the seas are getting so toxic and over-fished with very few left to grow the next generation, the forests of the Earth are disappearing at an alarming rate, dis-ease is at an all time high and the list goes on!!!

It is not about pointing the finger at others but instead becoming completely responsible for all our actions in our life and choosing a way that actually works, that gives us the best chance of living a happy, healthy and long life and for all future generations.  So for example, if you’re still using the “best” chemical-based washing powder which you buy because it’s cheap and because it gets “great” results, maybe think again and look at what choices you are making.  What is the real price of convenience?   Maybe decide next time you’re in the supermarket, to buy a brand that is as harmless to the environment as possible, that if you ate it, you wouldn’t get rushed to hospital!   If you were living in a house whose drain from the washing machine actually went straight out into the garden, you’d see that it was killing all plant life around it, the fish in the nearby stream  and then perhaps you’d understand that EVERY ACTION you do has an impact.

And instead, EVERY LITTLE THING you do can be MAGIC!!!! 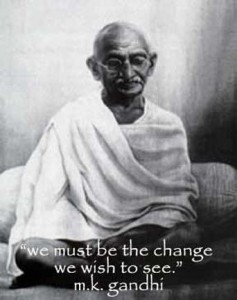 So next time you see an email about a ceremony coming up or you actually see some people gathering in a circle somewhere, maybe go and join them and bring your love to that circle and make a difference.  Every single one of us does truly makes a difference!!! and every day is a holy-day!!!

Examples of some ceremonies that I’ve had the honour and pleasure to be a part of and that have actually been filmed include:-

This is a video of a boundary dissolving ceremony done with many tribal elders at the 4 Corners (which is a ceremonial site located at the 4 corners of 4 states in the US, namely Utah, Colorado, New Mexico and Arizona.  I’m visible at around 8.13 minutes into the recording, with plaits!!
and for more info, click here

This is footage of the global link up meditation called the Prayer for Peace and was filmed at Waveform festival in September 2007 linking with 370 locations acros the planet in a global meditation for sending out healing and positive energy to humanity and to the Earth.