In our Mothers Tongue

This pioneering sound healing album harnesses the 20 years of sound-healing research by Fabien Maman which seeks to harmonise you, the listener, with the 5 elements of the body and to reconnect you to the Earth. It also has the Pi harmonic ratios added by a new invention called the Ra Processor (developed by two well known sonic pioneers from the USA, namely Wes Bateman author of “Through Alien Eyes” who’s been studying the pyramids in Egypt for over 25 years and Alan Howarth, Hollywood soundtrack composer (Star Trek, Raiders of the Lost Ark, Temple of Doom, The Little Mermaid, etc etc) to deepen your experience further and re-tune you back to nature, since these ratios are found throughout your body e.g. the proportions in your face, bones and the sacred geometry in your DNA!

Recorded at the Kittani Music solar-powered studio in the lush, volcanic rainforest of Montecollum, Australia with the wonderful support of producer Tarshito.

I’ve been inspired by the words of Moby in his album “Play” where he openly communicates his views on our world. I, like him, believe in kindness for all and I look at the lives we lead with sadness and disbelief. Sadness because we don’t all choose to live together, having fun and keeping this Earth as a wonderful place for us all and disbelief how we settle for so much less. Even “religious” people and those in the so-called New Age movement still have their prejudices and judgement that continue to separate us rather than unite us. There is such potential here on Earth and yet we don’t achieve this. Why is that? It is, in my humble opinion, very simple. We have forgotten our spiritual nature and lost our connection to the Earth because we walk on concrete, drive in cars, wear shoes, eat unnatural food and live in cities, polluted and stressed by the treadmilll of unnatural clock “time” and making money. We even get stuck there, in a vicious circle, losing touch with our own bodies, getting ill and then wondering why.

When we disconnect from the Earth and our bodies, I believe we stop the natural flow of energy of the Universe moving through us, and so all our stresses, anxiety etc build up inside. We become a stagnant sponge of life experiences, rather than a free flowing river. If we can open, reconnect and feel again, then we can empower ourselves and change our lives – finally clearing all disharmony we carry from the past up till Now, ending all dis-ease and feelings of aloneness and suffering in the world. We can once more walk a path of honouring the home that nurtures us and re-discover self-love and therefore love for others – where money is not the selfish priority leading to this world’s destruction but a tool to harness to feed and liberate us all! Money is not the root of all evil, it is what we often do with it, that is. Let’s unite together and create health, wealth, happiness and peace for Everyone! It’s our real nature!

Since the use of sound with focused intention can be very healing, I decided to create an album to help us connect. Nature has a wonderful music that is constantly playing if we’ve got ears to hear. It’s like listening to powerful African beats, mixed with celtic harp or acoustic guitar, angelic choirs and trippy synth sounds all thrown together in this amazing crossover which some call the “Music of the Spheres”. It is my belief that this music can help us find the way back to ourselves and it is my intention with this album to re-create this Earth harmony and make songs to harmonise you, the listener, with the different elements of this Earth (fire, water, air/metal, wood and earth (Chinese system)). 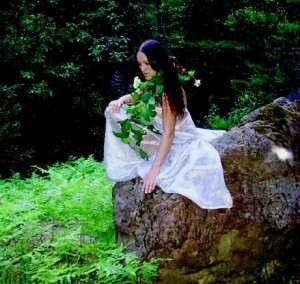 Check out the Phi orb hovering by my feet!

A friend of mine, Daryl, said in Feb 2001, “we are not here to make money, we are here to evolve. This is our goal”. We need to make urgent choices about what is truly important to us now. A future on this planet for all our children or a £1 billion in the bank? The time is Now!!! Peace starts with each one of us – in our thoughts, words and actions. It’s not about pointing the finger at anyone else – it’s about taking responsibility . So how do we reconnect and find our hearts again? How do we start? Maybe we take a trip out of the city, breathe some clean air, sit with a tree, have a good cry and feel better.

If we can let go of all the fear we carry in our daily lives, then we can finally find our way to a peace that cannot be bought or lost or stolen and a home that is with us wherever we go. It is also my belief that we all want the same thing, whether we want to admit it or not. We fear the unknown because we fear death but surely a world founded on mutual respect, honesty and love is worth changing for. Yes, the birth might be painful but maybe it could be ecstatic so isn’t it worth conceiving? It is my deepest wish that all beings find peace and freedom from all suffering and that this music touches you somehow.

At certain points I have sung in tongues, (i.e. no English or other earthly language has been used ) which means bringing a spiritual energy into my body and allowing that to express itself in tune with the energy/intention of the track. Best listened to with eyes closed and pay attention to how you feel instead of the words.

To purchase this unique solfeggio sound healing CD see below
and to listen to an interview at SF University, click here

Reviews from San Francisco include:-

“Your album is well concepted, well performed, well produced, Beautiful, Inspiring, and You touch my Heart.”

“Real emotion has been created here which has a mysticism to it.  You really feel she’s accessing her own inner mystery … and you get a connection to yourself by listening to it. I love playing the tracks at the end of a pumping night of music as they really allow the dancers to drop into a mesmerizing place of reflection. I absolutely love the compositions – they reflect such a mindful construction of ethereal passages circumventing the cliched paths others have trodden.”

“This music rings with truth and has a beautiful ambience to it”.

“I have been into music and meditation since 1980 and continually use two of her tracks – Mother’s Mantra and All Love & Honour which blend really well at the end of my radio show when my listeners are in an altered state. They’re really beautiful. They touch a really deep place inside. I like to close my show with a prayer and have a balance of the male and female so I play Krishna Das and Eeshi-Ra because her tracks are so heartfelt.”

“These beautiful sacred invocations conjure the essence between the heart of humanity and the spirit of nature, the soul of the earth. Eeshi-Ra’s soaring vocal work, sung in tongues, is interwoven with exquisitely-played instrumentation and environmental sounds, building a temple tapestry honouring her presence through magical sonic intention. A sublimely healing journey.”

“The human voice is one of the most powerful instruments for elevating one’s soul and Eeshi-Ra manages to lift me to a place of heartfelt joy while inspiring feelings of deep peace. By taking away the need to express her music through words, she captures the purity of the voice as an instrument of the heart.”

Note on the front cover that as I am stepping into another reality, i.e. reconnecting back to Mother Nature, that I do this just before the zig-zag line begins or some might call it the crooked path.

On the Hopi Reservation there is a picture story carved into a rock that is so sacred to them no one is allowed to photograph it. Some outside the Hopi tribe have been allowed to see it and have drawn pictures of what they remembered. That picture story is a diagram of a life plan that would guide us through this time in history. A time when there will be much turmoil and destruction.

The simple picture prophecy says there are two parallel paths for humanity to walk as we make our choices. One is a path of darkness, while the other is a path of Light. We can move freely back and forth between each one for a long time (many lives) because the Great Spirit wants us to explore and experience different ways of life. But, a moment in history will arrive when we must make a final choice between the two. That moment has arrived.

Those who choose the path of darkness are shown in the pictograph as people whose heads hover above their bodies, while walking a path that turns into a broken zigzag and leads to nowhere. These people will experience the great purification (shift) as a time of confusion and chaos that leads to destruction. Those who have chosen a way of Light have a clear, strong path ahead of them as they live to advanced ages.

For more information on this and 2012 prophecies, please click here. It is my personal belief that as we fully awaken to the realisation that we do co-create our reality together, that a great deal of suffering at the end of times, which is where we are now at this time in the planet’s history, can be avoided and that is down to each one of us!

Let’s make the rebirth an ecstatic one!!!

“I had one customer tell me she clears her crystals by playing it!”