Home/Blog/2012 – What lies ahead for the human race?
Previous Next 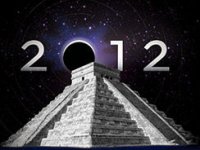 Have you been hearing talk about 2012 or curious to know about this special time humanity’s now in?

What lies ahead for the human race? Will we reach the destiny that awaits us?

We are currently in a shift of “vibration” or consciousness.  Are you on board the new love train and evolution for us all!

If you’d like to see more on this amazing subject, do check out my friend Nikki Williams’ film TIME OF THE SIXTH SUN. This film is about the shift in global awareness and the expansion of consciousness as we move beyond 2012.

From the Americas to Africa, from Tibet to Australasia, these times are seen as pivotal in the evoluon of mankind. Ancient prophecies speak of massive earth changes and of a huge shift in planetary consciousness.   As financial and political systems collapse around us and society fragments, the world is increasingly looking for answers. Our Ancestors understood our symbiotic relationship to the Earth and the Elements and foresaw the collapsing of an unsustainable world.

It is time for us to consciously dream a new future.

There will be no shift of the ages outside of ourselves. (Carl Calleman)

For a short trailer, click on either of the following:

and for more info on this great project please go to www.timeofthesixthsun.com

In the film 2012 The Odyssey, author Sharron Rose went on a quest to understand the many prophecies around the year 2012.

And also check out the trailer for 2012: Science or Superstition

This is a preview of a Disinformation original documentary film, “2012: Science or Superstition” featuring John Major Jenkins, Daniel Pinchbeck, Alberto Villoldo, Robert Bauval, Jim Marrs and Graham Hancock to debut on (you guessed it) December 21st, the winter solstice and the date exactly four years before the end of the Mayan Calendar.

December 21, 2012: the end date of the sophisticated Long Count Calendar created by the ancient Maya in Central America. Countless books and websites, magazine articles and newspaper headlines debate its meaning, with enthusiasts in two camps: those forecasting apocalypse–the end of time–and those who see a coming renewal, a rebirth of consciousness.

Adding fuel to the debate, some scientists see the increasing number of natural disasters in recent years as evidence of a catastrophic climax of events in 2012. How much of what we’re hearing is science and how much is superstition? In this film the leading researchers, writers and scientists in the field tell us exactly what this date means to them, why it’s important, and what we should expect.

Other good websites to check out are:

and Mark Heley, author of the upcoming book ‘Everything 2012’

and another friend’s work http://www.iawwai.com/2012.html