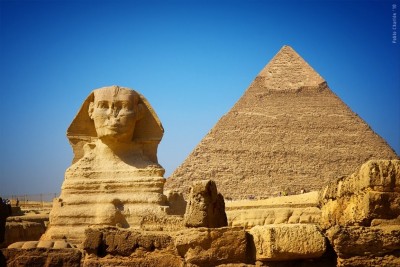 There are so many sounds we can give to the body, and the piano was only invented a few hundred years ago, but the Universe has been around for considerably longer!  Prime numbers as shown by Dr Peter Plichta in his book “God’s Secret Formula” are the building blocks of the Universe and found in nuclear chemistry, atomic structure, the proteins of our body & beyond. As the movie “Contact” with Jodie Foster in 1997 shared, prime numbers are the language of creation and as the research from the University of Hawaii has shown, prime numbers are toroidal-based systems.  This means therefore that these frequencies can therefore speak to all tube torus systems found the human biofield, the energy field of the Earth, the galaxy and the Universe!

In 2006, I made a super exciting discovery by numerically reducing the numbers around the Prime Number Cross shown here, and found the codes of 9 of the Solfeggio embedded in this symbol which is described in Jason O’Hara’s book “The Blueprint of Creation”.  When specific divine maths of the 6 or 9 solfeggio, or better still the complete 18 Zobet codes are converted into sound, they offer a reset button to the tube torus of our energy fiels, our energy centres, & pranic tube (the sushumna) that links the chakras and enables the kundalini to travel up the spine, our pineal gland (which is our connection to the Divine) and right down to the toroidal structure of our blood cells and beyond!

In 2000, I was asking the Universe for a year if there’s a frequency or a series of frequencies that can be used like a reset button for our whole system, and then a year later I was shown in a dream a year later, that these frequencies are that reset button.  Amazingly, I was shown that they embody Ra maths (the Pi and Phi ratios found in the pyramids of Egypt) and that same code is also found in our bodies, right down to our DNA.  They are such gifts for humanity right now and given the other added benefits of re-balancing the brain, stimulating the part of the brain that relates to empathy and cognitive/emotional processing and social behaviour and the endorphin stimulation uplifting our mood, de-stressing us, helping us sleep better, they are a gem in the rough to be used for most challenges humanity faces today!

Let’s reset, reboot our human bio-computer and upgrade to Human O.S. 2.0, from Homo sapiens to Homo Luminous to birth our birthright, clear out all vibrations of fear-based consciousness and disconnection, and awaken to the Divine Human and the truth of who are really are.  Our planet is in crisis.  Humanity needs powerful, yet simple tools for transformation that can shift us at the deepest cellular level and for me these frequencies are it!