Home/Blog/The Hopi Prophecy and the Solfeggio
Previous Next 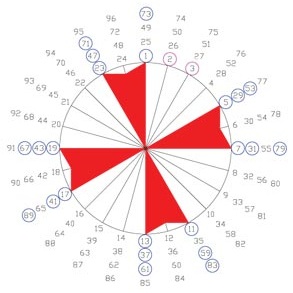 Years ago I was synchronistically guided to an email written by grandfather Martin Gasheseoma who was a Hopi elder.  In Arizona, on Hopi land, there is a carving into the rock which has been known for years as “prophecy rock” signaling the end of times or purification that we are in right now.  Some say it’s the “end of the world” but they seem to forget the last part of that sentence so it actually reads: “It’s the end of the world, as we know it” and as the great band REM said “and I feel fine”. Christians call it the end of times, or “The Rapture”, yet I do believe we are now approaching an actual end of the man-made construct of physical time as in so many seconds in an hour, hours in a day, since many now believe that time does not actually exist and past, present and future are actually occurring all at the same time! The The doomsday people call it the Apocalypse/end of the world and yet they haven’t taken a simple cursory glance in the dictionary. A quick check reveals that the word apocalypse comes from the Greek: apokálypsis, actually translates as “disclosure” or “the lifting of the veil”. Although apocalypse is usually associated with disaster and chaos, the word means prophetic revelation, the revealing of a divine truth, especially concerning a cataclysm in which the forces of good permanently triumph over the forces of evil.

Grandfather Martin talked about the True White Brother or True Pahana who is prophesied to return & there are two really important symbols in the prophecy rock – the swastika in the Sun and what most people know as the Celtic Cross.  These represent the two helpers of Pahana, the True White Brother.  A sun with a swastika (which is an ancient symbol found in most cultures used long before Nazi Germany & actually symbolises the sun).  It predicts this time of “purification” & the Celtic Cross is a symbol also found in most cultures across the world known by many different names, one of which is the Prime Number Cross.  The number codes of the sound healing solfeggio frequencies are interestingly found encoded in this Prime Number Cross!  My discovery was published in a book in 2006 entitled “The Blueprint of Creation” by Jason O’Hara. 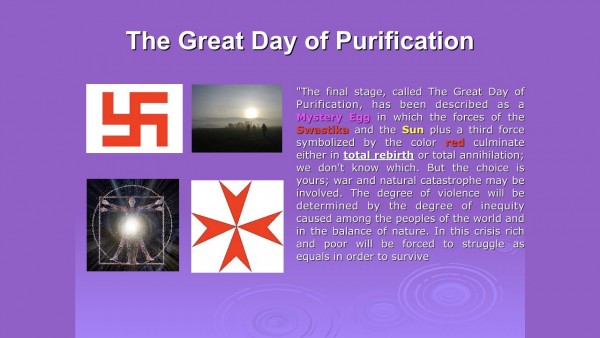 Whether the True Pahana comes from the heavens or simply symbolizes the awakening of that True White Brother from within us all, these codes converted into frequencies are definitely for our awakening at this time.  I’ve been blocked on Facebook for sharing links twice in the last few weeks, but you can find more about this incredible prophecy, grandfather Martin & Dan Evehama here and here.

By way of conclusion, I would like to highlight that the spiritual path is not ONLY about becoming whole within yourself – i.e. having a mental understanding of Oneness and an emotional experience of it, it’s also, more importantly, about embodying that feeling of unity and thereby connecting with the world OUTSIDE ourselves: to our family, community, environment, & the Earth. As we live in a world where so many of us have not resolved past trauma & pain, we have unfortunate tendencies to try and hurt each ourselves, each other, hurt & kill other sentient life, and even destroy our actual home, the Earth itself.

For all of us, this story is still a work-in-progress. We haven’t reached the end quite yet. But as a collective group, as ONE TRIBE of humans – things are looking pretty challenging for us right now. BUT just because it doesn’t seem that you or I – one little person – can’t save the world, doesn’t mean we shouldn’t all try to do our part to make a difference and together we can RISE.

The Hotevilla Elders were a group of maybe a dozen indigenous men, who almost no one cared about, who tried with all their hearts to save the whole world. I believe their greatest legacy is not the stories and warnings they left us, but the example of how they lived their lives. They never gave up, and they never stopped trying. Until our very last breath, I do believe it is our duty to do everything in our power to repair the damage and save what is left.

It may appear on the outside that things are getting “worse”, but I do believe that they are in fact getting uncovered. People are waking up everywhere. Now is definitely the time for us all to come together, move beyond all the lies that divide us, so we can now see each other as one global family, and embrace our fellow humans in ever more compassionate, forgiving, loving & deeper ways as together we continue to pull back that veil!

The slides shown here are slides from my fourth DVD “The Holy Grail & Sound”.  More here.

Want to tune in with these frequencies right now?   Check out a preview & grab your personal copy of my tuning fork audio The Unity Codes featuring the full spectrum of the 18 frequencies here.  It’s just like having your own personal sound healing practitioner available anytime you choose!

If you’d like to learn more about the teachings of the Hopi Elders, their prophecies and spiritual teachings, you are invited to read through the material below. Techqua Ikachi: Land and Life was a newsletter published by the Hotevilla Elders from 1975-1986. It consists of 44 issues ranging from two to twelves pages each, and presents their perspective — in their own words — on what they saw happening in their community and in the world around them.
http://www.hopistar.org/techqua.html

This gives info on how to activate and journey in your merkaba into Inner Earth to survive the pole shift.