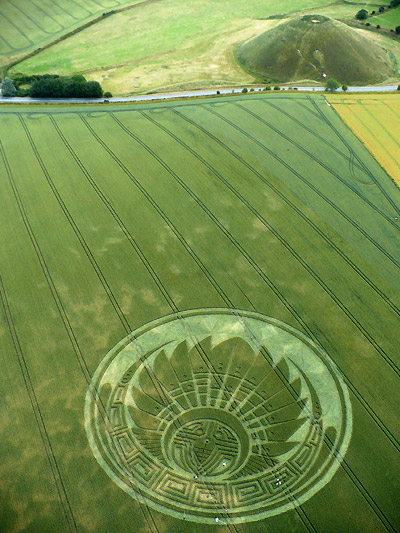 Mayan crop circle appears near Silbury Hill and of course the mainstream press are saying it’s talking about the end of the world/2012, instead of the end of the world as we know it! For those of you who don’t know the definition of “apocalypse”, it means “lifting of the veil”, the veil of illusion that we are separate from each other and not God!

Yes we are fast approaching the end of a 25,920 year cycle and we need to drastically change what we’re doing on the planet because much of our consumer-based society doesn’t work and it keeps the money in the hands of a few elite rather than serving the good of the whole.  For those of us who DO hear the call, it is a very important time to go within and not place importance on the powers that be and instead place importance on your own divine authority and listen to what is truth and not what is illusion.

As we tune into a better way of life, we will develop the tools to truly secure a future on this planet and for those who do not choose a more holistic approach, they will find their ways don’t work with the new paradigm emerging.  So what do you choose?  Love or fear?  Truth or lies?  It’s all down to you!

and for those wanting the Crop Circle Connector’s take on it, go here

Interestingly another Mayan calendar-style crop circle appeared in this very same field on 28 August in 2004!!! 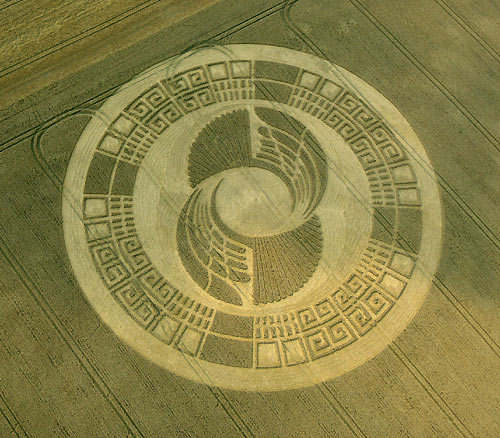 Other great crop circles to have appeared this year,
are the Phoenix that appeared at Yatesbury on 12 June 2009,
during the Iran elections interestingly. 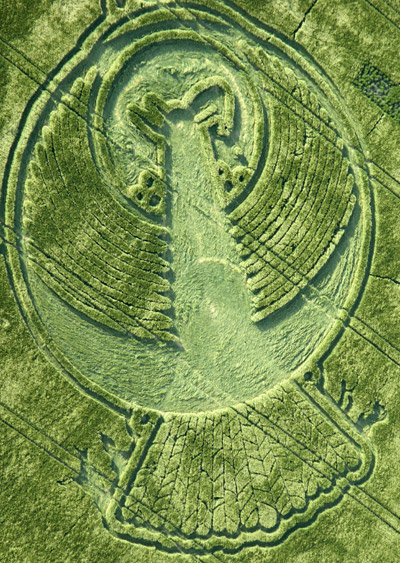 and the hummingbird one was purely awesome 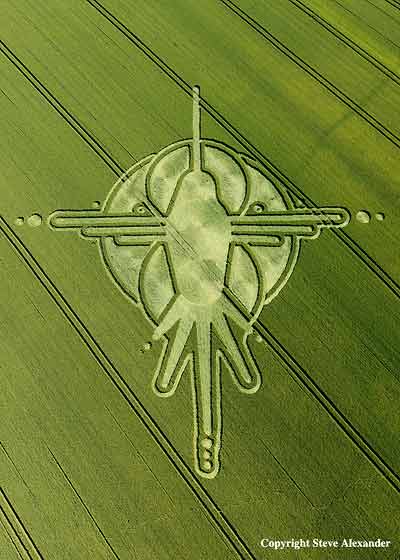 and then what about this very unusual one!!!
which appeared in 3 stages at Milk Hill!!! 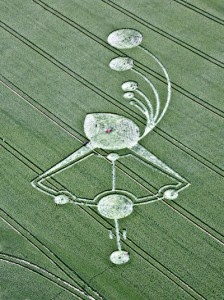 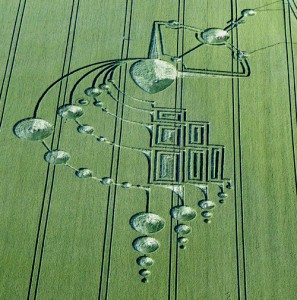 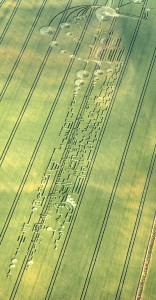 Some are made by humans and some aren’t and it seems quite obvious from the air which has a natural perfect symmetry and those that don’t.  You can certainly feel the vibe inside one if you go visit one and the changes at a molecular level cannot be denied for sure!

and as Buddha said (Hindu Prince Gautama Siddharta, the founder of Buddhism, 563-483 B.C.)